Hosted UPS his Fall Flick N’ Float on September. 30, providing a taco truck and showing the movieGuardians of the Galaxy.

Flick N’ Float, held at least twice each school year, is a way for students to decompress from the transition between summer break and the fall semester. The event includes catering, an open BRIC pool, a variety of games and a film screening facility.

According to Kaycee Martin, associate director of recreation programs at the campus, the first round of registration for the event filled up quickly after it was announced on ASI’s Instagram page. When the organizing team decided to extend registration to an additional 25 places, they were pleased to hear that the extension filled up just as quickly.

“I think especially because there’s food provided, free blankets for the first 50 attendees and then games and the showing of movies, it’s a really fun opportunity to be able to hang out and enjoy a movie on the pool terrace,Martine said.

During the event, registered students sat on large, colorful garden chairs to look at Guardians of the Galaxy with a variety of tacos, drinks, and covers. Those who didn’t watch the movie found their own ways to unwind with water activities, chatting in the hammocks, connecting four giants, or dining with friends on the patio tables.

Although most participants usually arrive with friends, some students find the chance to make new connections through these social events. Hannah Varshochi, an economics student and BRIC lifeguard, sat with a large group of people in the hammocks for the rest of the evening, telling the Poly Post that she met most of them during the event.

“I met them about an hour ago.” Said Varshochi. “We communicate, you know, make connections, develop networking opportunities.”

In addition to the students present, many employees were also able to enjoy the atmosphere of the event and all that it had to offer. After setting up chairs, games and key log — a giant cylindrical toy that students can roll on in the water — Electronic Systems and Engineering Technology student and Aquatic Instructor Alan Torres indulged in the key journal, some food and the student community.

While Flick N’ Float attendance is in full swing This year, the peak of the pandemic caused a drop in attendance before the campus fully reopened. Torres notes that at that time, many attendees of the ASI event were mostly students who lived on campus, which led to a drop in attendance due to the limited number of students living on campus during virtual education.

However, as the campus has returned to full accommodations, Torres notices an increase in attendees similar to what ASI events brought before.

“I haven’t seen a Flick N’ Float with this many people in a while. There is a good attendance here,” Torres said.

Aquatics manager Alejandra Gomez also agrees that student appearances at social events are at even more numerous than before, apparently due to students making up for the lack of interaction many have endured during quarantine.

Because One of ASI’s primary goals is to provide CPP students with a place to belong, Gomez and her team take these new numbers seriously and are constantly working to meet the needs of their diverse participants. In turn, these events exemplify the BRIC not just as a gym, but as a recreation area for students with multiple types of interests to utilize.

“I don’t want it to be like, you see a stereotypical gym and it’s all about fitness. No, we are more than that,” Gomez said. “Come here, have fun. I think in general you just have to find your rhythm; it’s just another area to do what you would normally do at the library or the Bronco Commons. 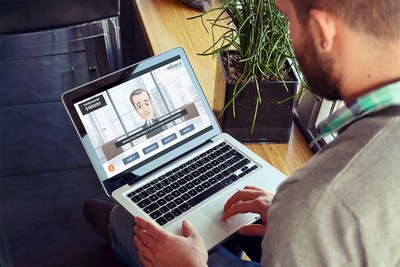