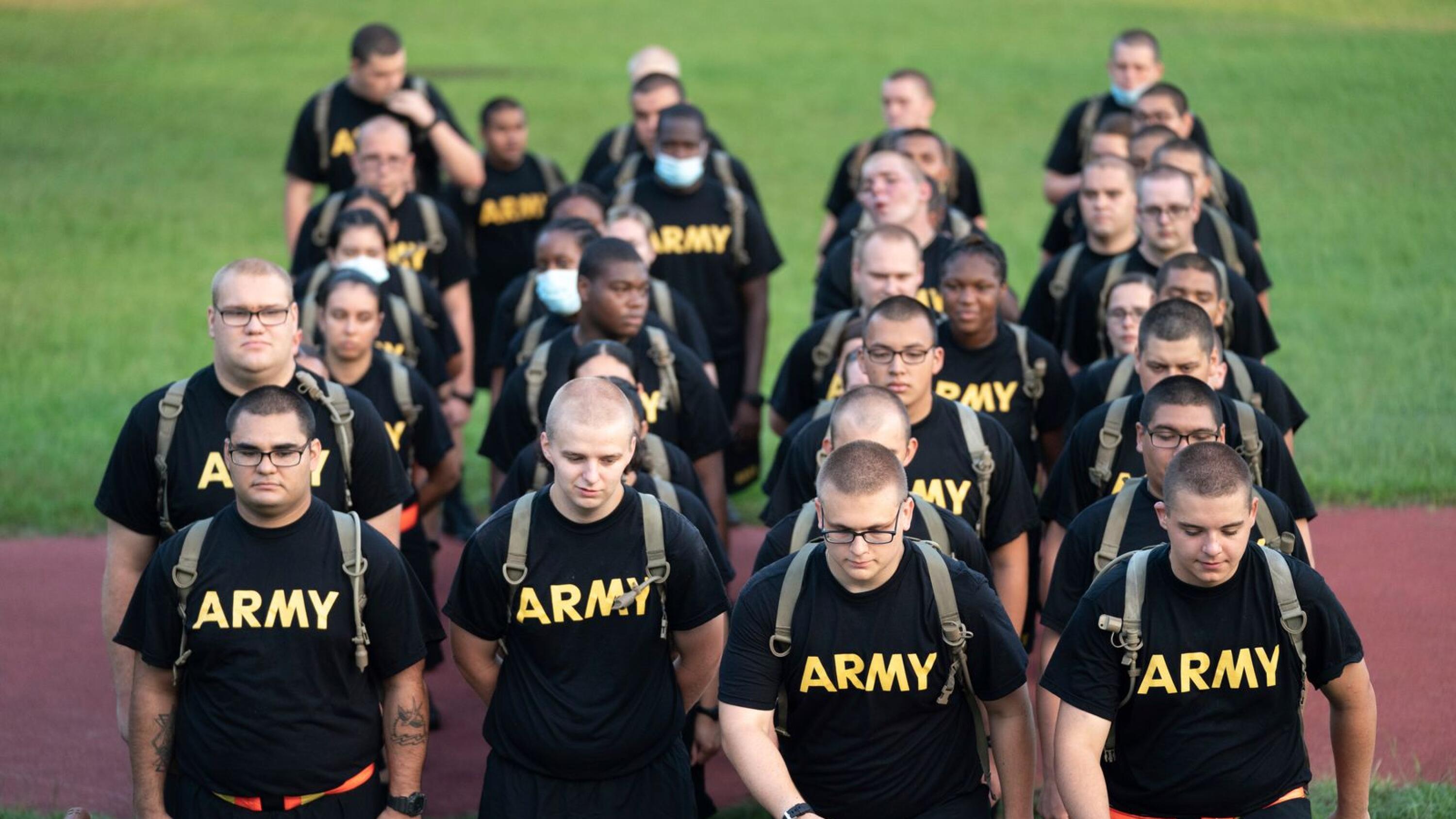 Students enrolled in the new Army Readiness Course work together at the barracks at Fort Jackson in Columbia, SC, Friday, August 26, 2022. The new course is an effort to better prepare recruits for the demands of basic training. (AP Photo/Sean Rayford) 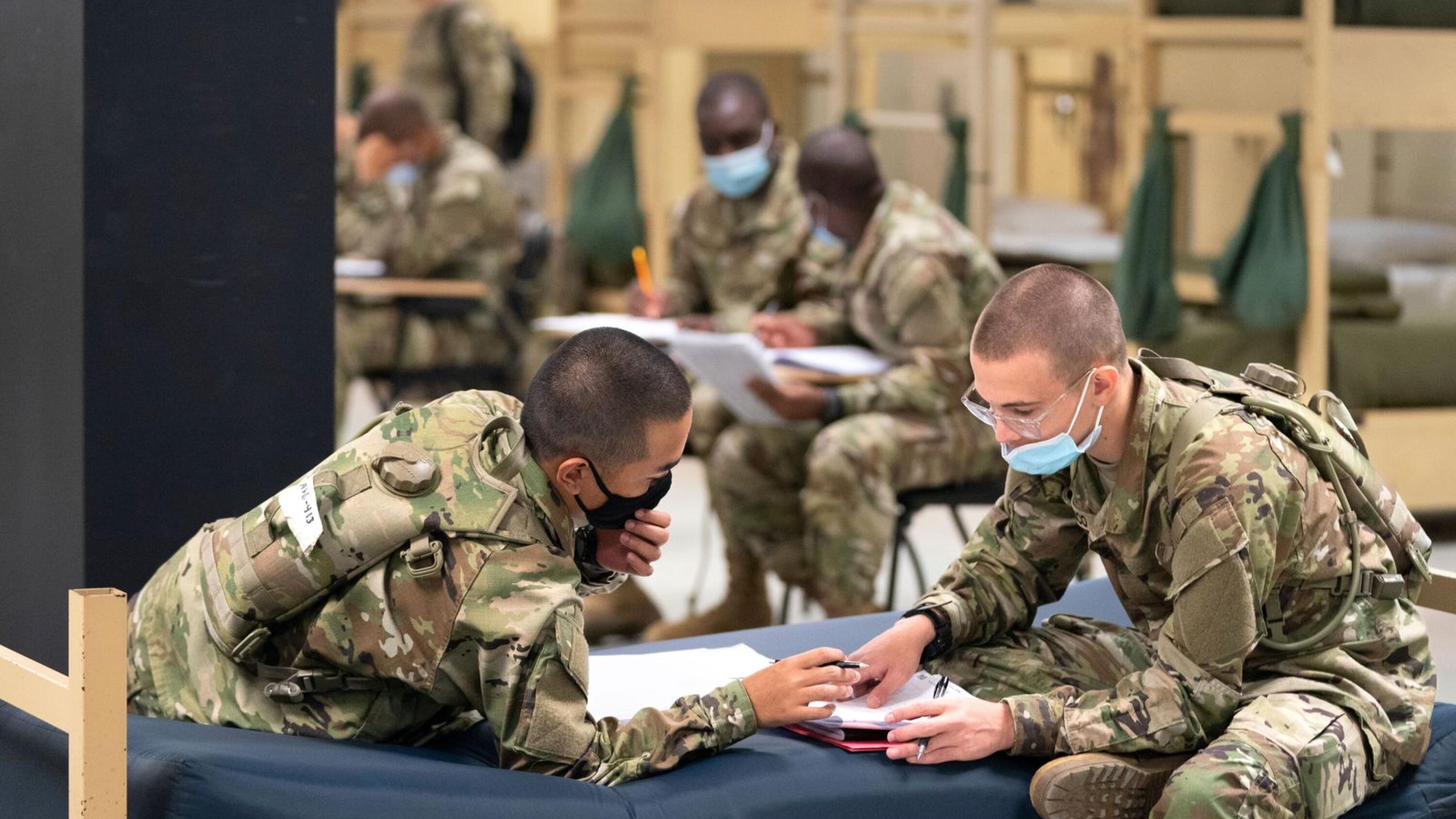 FORT JACKSON, SC (AP) — Chaz Andrews has wanted to join the military since he was 19, but he’s failed the service’s academic test more than 10 times over the past decade.

Now, at 29, Andrews thinks he’s got a real shot at it, thanks to a new Army program that gives underperforming recruits up to 90 days of academic or physical training to help them meet military standards.

“I didn’t want to give up,” he said during a recent break from his class schedule at Fort Jackson, where he is among more than 300 recruits allowed to enroll in the new training prep course. the army. And if Andrews, who is from Brooklyn, NY, is able to increase his test score, he will be allowed to continue his basic training.

The program, which began in early August, is one of the ways the military hopes to fill ranks as it struggles with recruiting efforts that are expected to fall significantly below targets this year. . Army officials have described the situation as dire, with some predicting the service could miss its recruiting goal by 10,000 to 15,000 soldiers on Oct. 1, or as much as 18% to 25%.

Military officials, who spoke on condition of anonymity because the totals are preliminary and could change, said the initial recruitment target was 60,000 this year, but more realistic expectations later set it at around 55. 000. With a month to go, officials predict they will come in at around 45,000, although that may improve if there is an increase at the end.

Army Chief Gen. James McConville flew to Fort Jackson on Friday for a first-hand look at the pilot program. He and others have acknowledged the recruiting problems and say they are due to a confluence of events and conditions.

The coronavirus pandemic has kept recruiters out of schools, fairs and other public events, limiting their in-person contact with students.

Unemployment has been low, other corporate jobs are well paid and provide good benefits, and it is estimated that only 23% of young people aged 17 to 24 are physically, mentally and morally qualified to serve without receiving derogation. Moral behavior issues include drug use, gang ties, or a criminal record.

These academic and physical requirements are what the preparation course will address.

“We have young men and women who want to serve, who have academic and physical challenges here. And what we want to do is give them that opportunity,” McConville said. He added that the military will not lower standards to bring more recruits into the service, but will do more to help soldiers advance.

Inside the classroom, about 30 army fatigues recruits are in their first week of the initial three-week session. On the board, “TAXES” is scribbled in large letters, and students have math problems related to the 6% sales tax. Down the hall, others tackle speed rates, calculating how long it will take to cover certain distances.

Physical training is for recruits who are between 2% and 6% above body fat standards for their age and gender. The Army routinely allows recruits to undergo basic training if they have exceeded up to 2%, as they will automatically lose weight and gain muscle during basic training.

The instructors – some former drill sergeants – are in uniform but wear casual caps and have toned down their normal cadence. Noting that sergeants can often be a bit abrasive, commanders said they are looking instead for those who can be mature instructors with good temperaments and communication skills.

Staff Sgt. Jonathan Tenorio, who was a drill sergeant and is now an instructor, said it was less about shouting and leading, and more about talking and teaching.

But it’s still the army.

Thus, the students’ days begin around 5 am and physical training occupies the first place in the program. They also learn to wear their new uniforms, march, and understand ranks and other basics of Army culture. And they’re learning to live with less time on social media — they only have their phones on certain parts of the day, not during class or at night.

Every week they are tested. And every three weeks, they can move on to basic training if they pass the Army’s academic test – which is called the Armed Services Voluntary Aptitude Battery – or meet the physical standards. They can stay in the program and continue testing for up to 90 days, but must leave the military if they don’t pass by then.

Brig. General Patrick Michaelis, the base commander, said many struggled to pass the tests. The preparation course, he said, does not teach test answers, but rather focuses on improving their test skills.

Outside the classroom, Second Lieutenant William Paschall, a maths instructor, said he had seen progress. At the beginning of the week, he asked how many people understood a problem on the board and few hands went up. At the end of the week, almost everyone raised their hands.

A dozen students met with McConville, telling him their individual stories. Most said they had been trying to get into the military for a few years, but were blocked by the academic test. “It gives me a second chance,” said one. Others spoke of finding a better life and a good job and, as one said, “my last chance to get out of the city I was living in.”

Daysia Holiday, 23, said her goal was to become a Green Beret. She took the academic test and failed three times in the past two years, and considers this her best chance. Holiday, of Baton Rouge, Louisiana, said many of her classmates weren’t out of high school, some “died or in jail,” and she wants to set an example for her five younger siblings.

Over time, McConville said he expects the program to grow. Commanders say they think they can send up to 10,000 people to the courses, and it could be set up at three other army training bases. Other changes could expand the course so that those who fail both the fitness requirements and the school test can be admitted. Currently, recruits must meet standards in one of the two.

After a week of classes, Andrews is optimistic. “I’ve been trying to do this since I was 19,” he said.

Will he succeed? “Yes, most definitely,” he said. “It’s very useful.”