Places come and go, but these iconic places that have disappeared from the Denver metro landscape were especially beloved by many.

When it opened in 1968, developers boasted that it was the largest shopping center under one roof in the world. They changed the boast to the largest west of the Mississippi River but, at 1.5 million square feet, it was massive in every way.

It consisted of a central hub, called Blue Mall, which featured a large fountain with a 35-foot-tall jet and a magnificent 28-foot-tall double-decker carousel. Four other named malls have spread out from the hub.

Midnight struck for Cinderella City in 1997. It stood as a vacant monolith in Santa Fe and Hampden for another two years before being torn down.

Designer Josh Goldstein created The Cinderella City Project, which is a virtual tour of the famous mall. You can see it on Instagram by click or type here.

And who can forget the thunder of the Rockies? More than 75,000 fans stomping on the steel bleachers created a deafening roar and shook the stadium like in the middle of an earthquake.

Built in 1948 as Bears Stadium and modified several times, the East Stands could be moved 145 feet, giving Mile High different configurations for football and baseball.

Believe it or not, Denver Airport was once located in the city. It was so in town that one of the tracks crossed Interstate 70.

Opened in 1929 as Denver Municipal Airport, it was renamed Stapleton in 1944. In 1962, it was the third busiest airport in the United States. It had five concourses and was a hub for several major airlines, including Continental, United, Frontier and Western.

Despite many extensions and improvements, Stapleton’s age was beginning to show itself in the 1980s. There was no room for new airlines, the runways were too close together, and neighbors were suing lawsuits because of the noise. The last flight took off on February 27, 1995.

After the Gold Rush (and other 3.2 bars)

Baby boomers have done it better than today’s children. Not only was the drinking age 18 (for beer containing no more than 3.2% alcohol), but many 3.2 bars sprang up as places of social gathering. After the Gold Rush (5255 W. Sixth Ave. in Lakewood) was among the most popular of these niche establishments.

Opened in 1974, the second floor overlooked the dance floor while lights, smoke machines and an overpowering sound system guaranteed to shake things up. It all ended in 1987, when Colorado raised the drinking age to 21.

Despite attempts at reinvention, the bar closed in 2004.

Confetti’s (and other Glendale nightclubs)

Even though baby boomers have done it better than today’s children, they haven’t always taken full advantage of it. Show of hands: How many of you men cringe at your senior photo because of the pastel leisure suit or other disco costume you’re wearing?

The city of Glendale has a small footprint but holds an important place in the memory of residents of the metropolitan area. In the 70s and early 80s, it was the go-to destination to “stay alive, stay alive” on the dance floor. In addition to Confetti’s, there were The Lift, Thrills, Mr. Lucky’s and others.

Speaking of Glendale, no one who grew up in the metro area in the 60s, 70s, or 80s will ever forget this entertainment paradise. Funded by Walt Disney and several of his Hollywood friends, it opened in 1960 at 880 S. Colorado Blvd. It featured a huge bowling alley, a pool larger than Olympic size, a huge arcade and several restaurants.

Despite being loved by several generations of metro youth, the surrounding area deteriorated and Celebrity eventually closed in 1994. The site is now home to Home Depot, Whole Foods and Staples stores.

The current downtown Denver Elitches still bears the name but lacks the charm of the original, which was located at 38th and Tennyson streets.

In its heyday, Elitch Gardens was the metro area’s go-to amusement park, closely followed by Lakeside Amusement Park, which still exists but hangs by a fingernail.

When it opened in 1890, it was a zoo, theater and botanical garden. The beautiful landscaping remained a staple of the park until it moved downtown in 1994. The famous roller coaster, Mister Twister, opened in 1965. Moving the all-wooden structure to the center -city was unrealistic, so a near-replica was built instead.

The Rainbow Music Hall was a favorite project of famed music promoter Barry Fey. The 1,300-seat facility at the intersection of Monaco and Evans opened in 1979 and closed just 10 years later. But what a turn the spectators had during this decade.

In its first month, the Rainbow hosted Willie Nelson, The Nitty Gritty Dirt Band, Cheech and Chong and others. And the stars kept coming. A frequent customer remembers seeing REM, Ratt, Bob Dylan, The Police, Steppenwolf, Prince, U2 and BB King.

A Walgreens pharmacy now stands at the location.

Before Cinderella City, the metropolitan area’s commercial marvel was Villa Italia in Lakewood. When it opened in 1966, it was the largest indoor, air-conditioned mall between Chicago and the West Coast.

Located at 7200 W. Alameda Ave., the Villa had a food court before food courts were a thing. Greenery and a large carved tree made it feel like dining outside.

By the late 1970s the mall had lost momentum, prompting a major renovation in 1984-85. The refresh added a second level and led to a revival of the mall, but at the expense of many ornate Italian details. Villa Italia closed in 2001 and is now the site of the Belmar shopping center.

Once among the Denver metro area’s most popular pizza chains (and elsewhere in the United States, many Colorado transplants might say), Shakey’s footprint has now shrunk to California and Washington. In its heyday in Colorado, it rivaled Pizza Hut as the most popular pizza destination. With all-you-can-eat meals, buffets and game rooms, Shakey’s holds a special place in the hearts of Denver residents who ate there when they were young.

The Broker (and many other beloved restaurants)

Dozens of lists like this could be curated using only favorite restaurants that have closed. Pagliacci’s and its famous neon clown sign. The Traildust Steak House, where they cut your tie if you were wearing one. Baby Doe’s incomparable mine. Bonnie Brae Tavern. The list is lengthened increasingly.

So we’ll let The Broker represent them all.

The Broker opened in the basement of a former bank at 821 17th Street in 1972. It was known for its excellent steaks and free peel-and-eat shrimp. It was a favorite of downtown businesspeople until it closed in 2017.

The first Lowry Field was located near E. 38th and Dahlia streets, but was moved to its better known site near East 6th Avenue and Quebec Street in 1937. Still a center for training, bomber crews and other specialists Technicians learned their trade there during World War II.

From 1953 to 1955 it served as President Dwight D. Eisenhower’s “Summer White House” and was the site of the first United States Air Force Academy from 1955 to 1958. Flight operations ceased in 1966, but it continued as a training base and administrative center until its final closure in 2006.

The Air Force still has a presence here in the form of the Wings Over the Rockies Museum. Other parts of the base were redeveloped or razed and redeveloped. 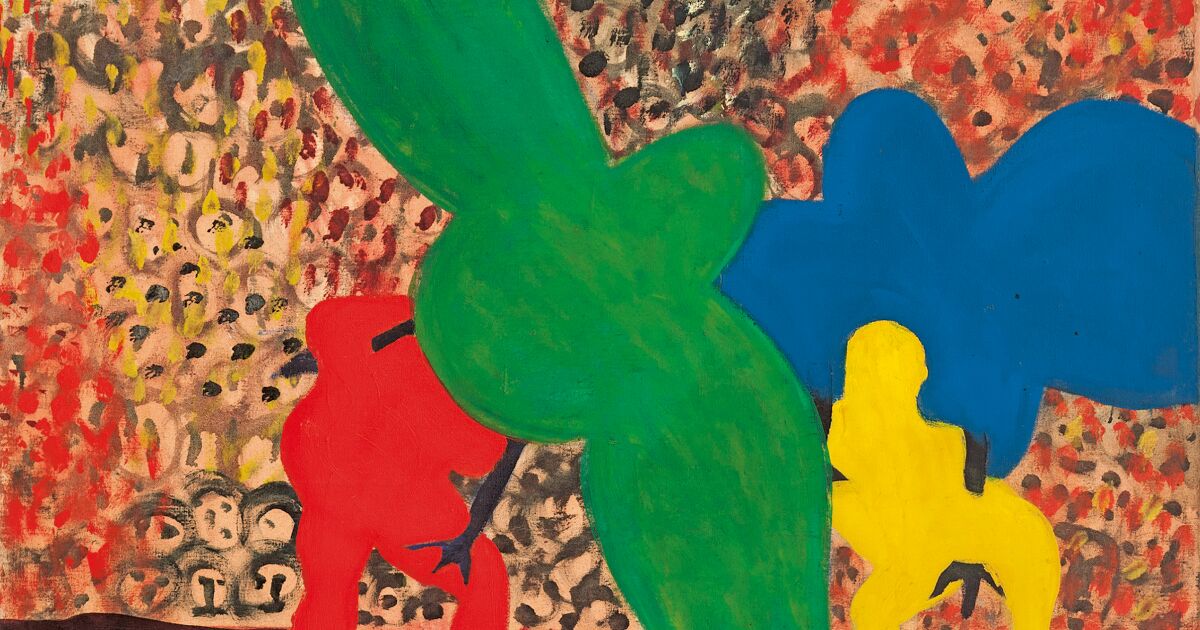