President Biden on Friday signed an executive order reinstating the Presidential Committee on the Arts and Humanities. The advisory group had been inactive since August 2017, when all committee members resigned in protest at Trump’s belated condemnation of hate groups at the Unite the Right rally in Charlottesville.

In the order, Biden pointed to the broad sociopolitical benefits of supporting arts and culture. “The arts, humanities, and services of museums and libraries are essential to the well-being, health, vitality, and democracy of our nation,” the order reads. “They are the soul of America, reflecting our multicultural and democratic experience.” He also pointed out that the arts “force us to wrestle with our history”.

The order was announced on the eve of National Arts and Humanities Month, which Biden designated for October in a separate proclamation also released on Friday.

The decision to reinstate the Presidential Committee on the Arts and Humanities (PCAH) continues a kind of cultural reparations led by the Biden-Harris administration, which has proposed major increases in funding for federal arts agencies, following attempts by the Trump administration to eliminate that. funding and to close these agencies. The administration also rolled back Trump-era regulations that controlled the type of art that could be hung in government buildings and the style of architecture that could be used in new federal construction. The reinstatement comes after two and a half years of a pandemic that has left arts institutions reeling from falling ticket sales and prolonged closures.

In the order, Biden acknowledged the far-reaching impact of the arts, from bolstering “efforts to address the climate crisis” to advancing the “cause of equity and accessibility.” The president also specifically pointed to underserved communities and veterans as potential beneficiaries of his administration’s cultural efforts.

The reinstated committee is purely advisory and will guide the president as well as the heads of the National Endowment for the Humanities (NEH), the National Endowment for the Arts (NEA), and the Institute of Museum and Library Sciences (IMLS). It will help advance policy goals, promote philanthropic and private engagement in the arts, improve the effectiveness of federal support, and engage the nation’s artists and cultural leaders.

According to the executive order, the committee will be funded by IMLS and will include no more than 25 nonfederal members. (Leaders of the Library of Congress, the Smithsonian Institution, the Kennedy Center, and the National Gallery of Art will be invited to participate as nonvoting members.) The committee’s budget and composition have yet to be announced. been announced.

In a statement responding to the executive order, Maria Rosario Jackson, president of the National Endowment for the Arts, celebrated how the arts “help us manage our authentic, deeply rich and varied stories and narratives.”

“This is an extraordinary time for the arts and humanities with this whole-of-government approach that will be integral to advancing the nation’s health, economy, equity and democracy,” said Jackson.

Created in 1982 by President Ronald Reagan, the Presidential Committee on the Arts and Humanities is one of many groups that advise the president on topics as varied as business and fitness.

Under the Obama administration, the committee spearheaded the Turnaround Arts initiative, which brought arts education resources to underperforming schools. In 1998, he established the National Arts and Humanities Youth Program Awards to honor after-school arts and humanities programs.

In August 2017, the committee, which was made up of members appointed during the Obama administration, disbanded in response to Trump’s comments that there were “very good people on both sides” at the Unite the Right rally, organized to protest the removal of a Confederate- period statue. In collective resignation letterthe commissioners – including actors Kal Penn and John Lloyd Young, author Jhumpa Lahiri, artist Chuck Close and others – denounced Trump’s support for “hate and terrorist groups”.

Former committee members praised Biden’s decision to revive it. “As an artist and advocate for the arts, I know deeply and passionately how important it is for America to shine a spotlight on the power of the arts to help make us more human and connected to each other” , said Paula Boggs, musician and public speaker, in a statement to the Washington Post. “Our committee honorably resigned in 2017, but now is the time for this committee to get to work. I feel joy.

“In such a hyperpartisan climate, it was heartening to know that the Presidential Committee on the Arts and Humanities had survived uninterrupted through every administration since Ronald Reagan,” John Lloyd Young (“Jersey Boys”) said in a separate statement. . “A West Wing that keeps our museums, libraries, and cultural institutions alive is one of the few things all Americans can achieve.”

The reinstatement follows increased investment in the arts by the Biden administration, whose U.S. bailout, signed in March 2021, allocated $135 million to the NEA and NEH. The White House’s proposed budget for 2023 calls for the allocation of $203 million to the NEA, which is higher than the record 2022 proposal of $201 million.

The White House has also made strides in representation in the arts. Last year, Biden made two historic nominations, calling on Jackson to become the NEA’s first African American and Mexican American leader, and nominating Shelly C. Lowe to become the first Native American to chair the NEH. Earlier this year, Biden established an expert commission to study the creation of a Smithsonian museum devoted to the history of Asian Americans and the Pacific Islands.

Penn, who is best known for the Harold & Kumar films, believes the impact of Biden’s efforts in the arts could extend beyond US borders. “The arts are an essential part of our economic infrastructure, our cultural exports and our diplomatic efforts,” Penn said in a statement, in which he recalled a visit by a delegation of committee members to Cuba in 2016. “It’s so reassuring on all of these levels to see President Biden and Vice President Harris kickstart PCAH. Not just as entertainers or as appointee alumni, but as Americans. 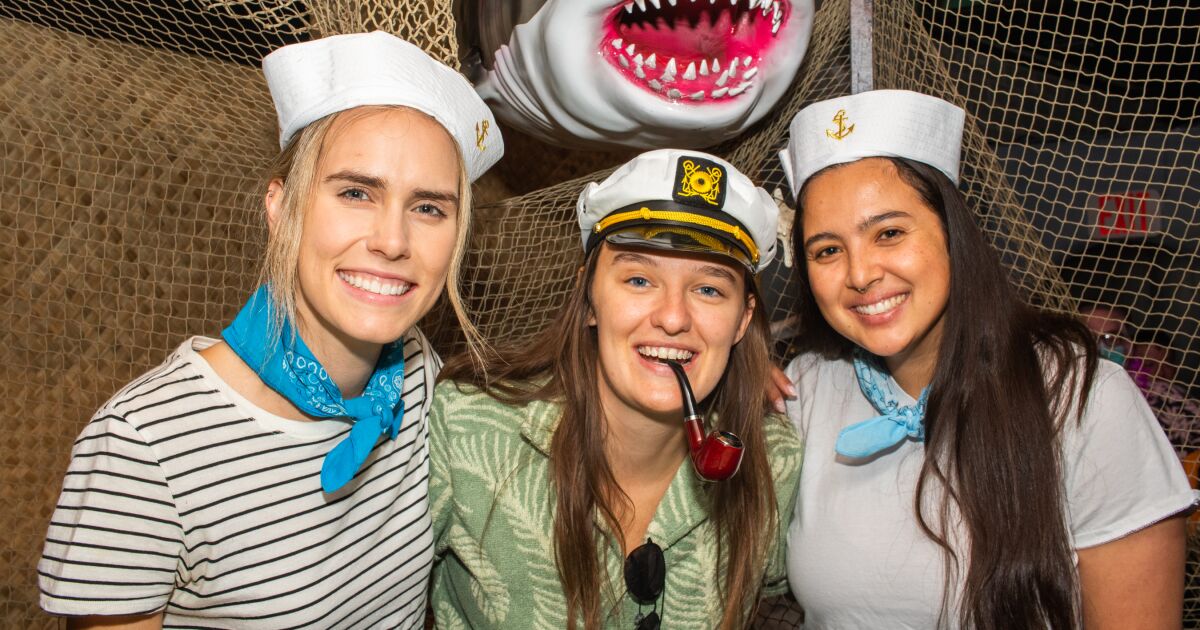